Just go for it! – Interview with Professor Vanessa Evers

Happy International Women’s Day!
We are celebrating this important day and the UN’s Gender Equality month by sharing interviews with three remarkable Dutch female professors in Singapore. We start today with Professor Vanessa Evers. Has being a woman complicated her career and what is her advice to young girls? 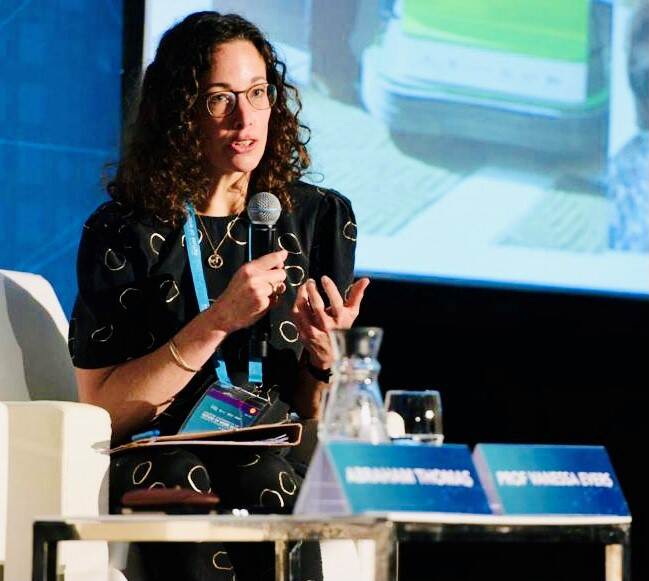 As a Dutch female professor in Computer Science and Engineering, and Director of the Institute of Science and Technology for Humanity at Nanyang Technological University Singapore, Professor Vanessa Evers has made a tremendous contribution to science and education. Vanessa focuses on Social Robotics and human-robot interaction. She is frequently interviewed on this topic but today we discuss how being a woman has influenced her career; how did she rise in this male dominated environment?

Which event or person has influenced the success you have achieved most?

“Oh that is a challenging question! Well, around the age of thirty, I went to the US to work at Stanford University. This had a huge impact on my confidence, as the people I was working with were very positive and stimulating. They would always celebrate successes and supported me in taking the next step.  Their attitude was very inspiring and it had a positive effect on me as a person. It built my trust in my abilities and instinct as a scientist.”

To what extent do you think that being a woman in academia complicates or perhaps facilitates a successful professional career?

“Unfortunately I think it still plays a complicated role, in both Singapore and the Netherlands. In my field of study, women are still a minority and that does make professional life a bit more difficult. There are for instance hardly any role models, or women you can relate to. The context and communication are therefore male dominated. Often you are the only female in meetings, which simply costs more energy. I think it would make a huge difference if the ratio would be 50/50. This would have a positive effect on the academic culture in tech science, but also on the number of female students as it will have a positive spill-over effect.”

Are you in touch with female peers or are you a member of any network organisation with other women from academia? What does that bring you?

“I am not a very active member of formal network organizations, but I do value personal peer relations and I regularly mentor female junior academics. I strongly believe that women can help and encourage each other. Especially supporting those women who are in the starting phase of their academic career and need it most. Female role models like our Ambassador Margriet Vonno, really inspires other women (and men) in influential positions to offer their support to women. And the Dutch embassy did a great job introducing me to several interesting and relevant people when I arrived here.

Many women whom I have met personally or worked with during my career have had a positive impact on me. I learned from them, and sharing our experiences and insights supported me in both my professional and personal growth.

As an example: back in the Netherlands, when my career was still in a developing phase I worked hard, combining that with having young children. That was challenging. I wanted to spend time with my children, and also the costs of fulltime childcare were very high. Luckily there was a female professor who encouraged me to not only see this as a big sacrifice, but also as an investment to have an interesting career later of which my family would benefit as well. It is, however, unfortunate that there was no better solution to have time with my children and keep my career.”

What do you think are the biggest differences between Singapore and the Netherlands when it comes to women in high academic positions? What can these countries learn from each other?

“Well, that is a hard question. First of all I believe that both the Netherlands and Singapore can still learn from other countries. In the Netherlands, out of the 13 university rectors, only 3 are women. Ok, that is more than Singapore, but still not enough. Singapore is doing a great job when it comes to women at higher positions in government and politics but none of the university rectors or provosts are female.

I find it a huge dilemma though, how to increase the number of women in academic leadership positions. I can imagine a quota might speed up this process, but women often do not want to be in a position ‘specially created for women’. Also, some universities put a lot of effort in hiring a female professor, but turn their attention elsewhere when they succeed in getting one on board. I feel that hiring just one or a few extra women does not cause the turnaround that we so urgently need. And we do not only need a turnaround in the number of women, we also strongly need it in equal opportunities and equal pay.

I also think that while universities try to get more women to study Science and Technology, they don’t do anything to make the content of the degree more appealing to women. It’s like they are saying: “you have to study a technology degree but we’re not going to adapt the courses so that you feel more at home”. Make it more challenge driven, and relate to topics that appeal to women. We do see that Dutch universities are developing more multi-disciplinary programs, for instance integrating humanities and social science subjects. I think these are great initiatives.

Unfortunately also here in Singapore there are not many female students or professors in tech. In Singapore for a student, parents may have a larger role in choosing the subject of study. Another big difference with the Netherlands is that the male Singaporean students first go into military service before they enter university life. This results in a two-year age, but also life-experience difference, between male and female students. This leads to a different gender dynamic.

I think it is harder to get into an academic leadership position as a woman. However, being one of the few female academic leaders in Singapore, I have never felt that I was treated unequally, I do experience a high level of respect, support and kindness from my colleagues daily.”

Finally, what advice would you like to give to young girls, what is the advice you had wanted to get yourself?

“My father suggested I study ‘something with computers’ but I didn’t think I could do it, believing it was too difficult, I was afraid to fail. I would like to let all girls know that there really is no reason to believe that technology or science studies are too difficult for them. It may be harder to feel at home in a study where there are not so many girls, but you have the capabilities to complete the degree, just go for it!“

Professor Vanessa Evers is a Professor of Social Artificial Intelligence at the School of Computer Science and Engineering and she is the Founding Director of the Institute of Science and Technology for Humanity (NISTH) at Nanyang Technical University (NTU) in Singapore.

She studies Social AI and Robotics as well as the impact of technology on human society. NISTH represents approx. 100 researchers from different disciplines and aims to bring industry, government and academia together to realize innovation for the betterment of humanity. In addition, she is a chair and Professor of Human Media Interaction, University of Twente, the Netherlands. She is also the Scientific Director and founder of the DesignLab in the Netherlands, a centre for multidisciplinary research with societal impact based on ‘Science to Design for Society’.

Professor Evers studied Information Systems at the University of Amsterdam, UNSW, Sydney and has a PhD from the Open University UK. Previously, she worked for the Boston Consulting Group and was a visiting Scholar at Stanford University.

Professor Evers’ work exists at the intersection of Computer Science, Psychology, Design, and Electrical Engineering and focuses on human interaction with artificially intelligent systems and cultural aspects of Human Computer Interaction. It covers design of Artificially Intelligent systems that are able to interpret human social behaviours and respond to people in a socially acceptable way as well as the evaluation of the impact of such technology on people and society. She is a frequent public speaker in the media and at international fora such as the World Economic Forum at Davos and European Heads of State Summit. 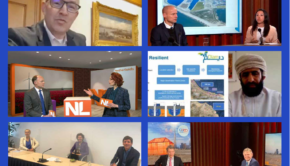 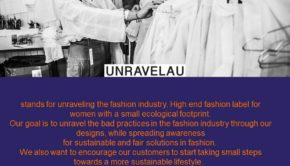 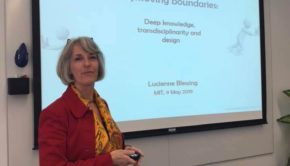 Being a woman might open doors, but you still need to step through them yourself. → 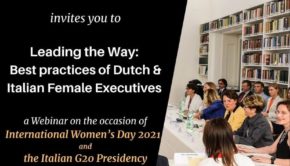